“The designer is the one who represents the uses of tomorrow and makes them real, desirable & acceptable“ 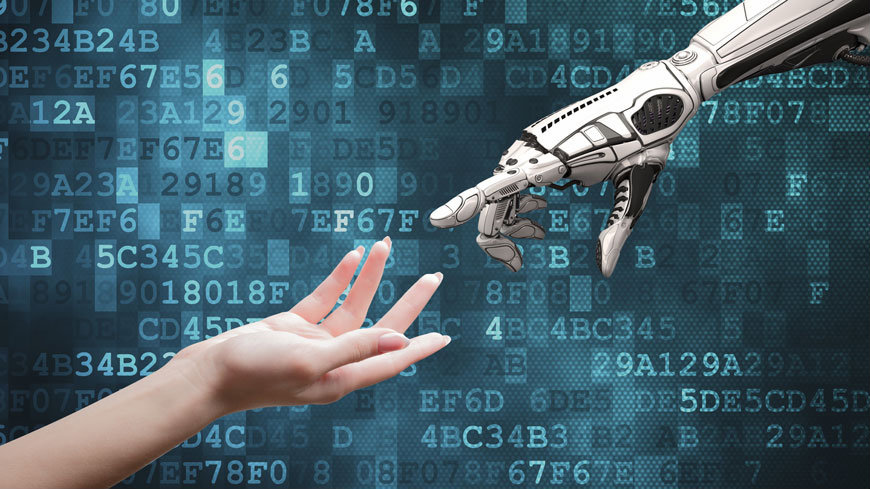 Education, GPT chat and other devilry,
or the platform overturned.

6 years ago, I published in the columns of Office and Culture an article with the provocative title “What is being human when robots are smarter than us? “. It had aroused some offended and bellicose reactions, not very well argued, however, some being able to console themselves with the definition of intelligence, the content …

Education, GPT chat and other devilry,
or the platform overturned.
Read More » 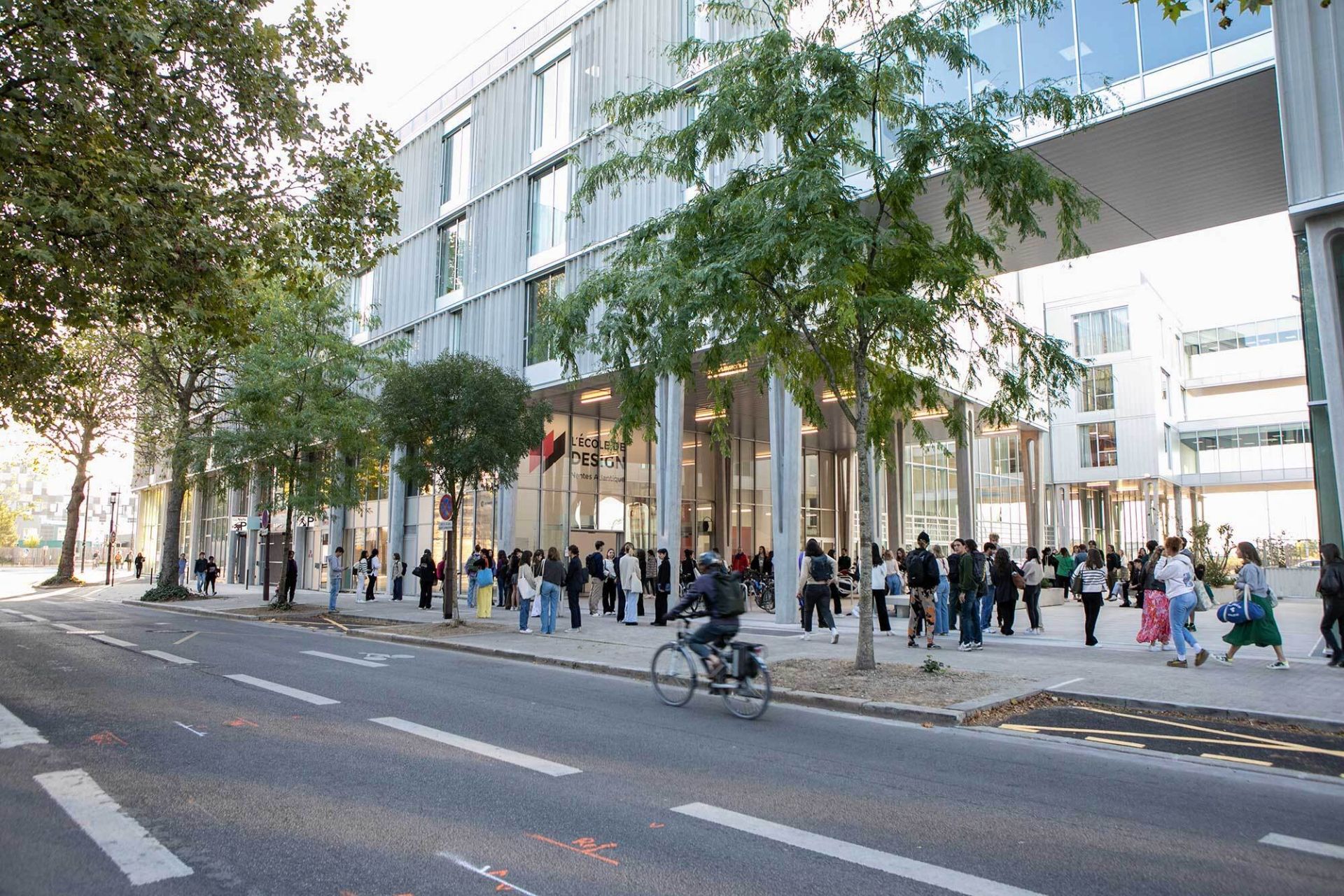 L’Ecole de design Nantes Atlantique moved into its new premises in September 2022. The new building was designed by the architects Marc Mimram and Gaelle Pesneau in collaboration with the design firm Jouin-Mankku. 116OO M2 dedicated to design and educating people in creation and innovation. Nantes Métropole, the Pays de Loire Region, the European Union …

What if students were trained to innovate…

We are currently experiencing radical changes in industrial and marketing paradigms, in a world that has become unstable due to international conflicts. The “scientific management” on which industrial structures have been organized since the middle of the 19th century is no longer sufficient to govern organizations. For many companies, “doing better and better what we …

What if students were trained to innovate… Read More »

The future of companies depends on their ability to innovate. They must adapt constantly to radical changes of context which make their future uncertain if they don’t have this capacity to change extremely quickly. These are troubled times: changes in ecological awareness (which require us to save the planet), geopolitical changes with the arrival of major new powers, cultural change accompanied by the decline in morality in favor of law, uncertainty about the relevance of democracy and the role of politics, globalization of trade, digital transition, the ageing population, protein transition, etc. All these issues are disrupting the world, forcing us to rethink it, to transform its nature, to redesign it. While experience is vital for all things, experimentation, or the ability to project yourself into the future in order to better anticipate it, is becoming primordial. Design raises questions about the uses of the future. It draws them, represents them, gives them shape, purpose and meaning. It makes them objective, comprehensible, acceptable. As well as giving them meaning and value, it also makes them virtuous. Design as an economic discipline is a powerful strategic tool which enables us to speculate about the future, influence development choices, propel companies into the future since they have no choice but to anticipate and adapt to rapidly changing environments. Competitive advantage is no longer about the ability to produce better products than your competitors, but about being ahead of the game in terms of understanding how the societies in which we live are changing.

All the editorialists are saying it: Tomorrow will be nothing like before. And is the Covid crisis, by its brutality, by the new outlook it imposes on the world, the harbinger of a new world, one that is more united, more responsible, more aware of the relativity of our planet and our humanity? Or will it only exacerbate individualism, the bitterness of those who were already not comfortable in the world before, to the point of awakening certain detestable instincts of revenge and denunciation? Is capitalism under threat, and our business model with it? How are we going to go from a globalized world, the source of all our ills, to a digitalized world?

At the beginning of the last century, industrial design was born out of a desire to recapture the semiotic values of craftsmanship in industrial production. It was a matter of rediscovering the meaning and the values of manual work, the "open window of the mind"*, at a time when disembodied industrial assembly lines were taking the place of workers in the factory. The preoccupation with the end of work, or rather its replacement by the machine, was already emerging, with the fear that the alienated worker would become a machine himself. No longer having to think, the worker was already less than human. A few decades earlier, Marx ("Theses on Feuerbach" - 1845) had defined the stakes and the responsibility of a world undergoing profound change - "Philosophers have only interpreted the world in various ways, it is now a question of transforming it" - and defined the contours of a new humanism aiming to save humankind from machines and industrial capitalism.

Christian Guellerin (born August 9, 1961 in France) is the Executive Director of L’École de design Nantes Atlantique since 1998. The school has become one of the French and international references in design and innovation education. It has 1,650 students in France and several branches abroad (Shangai, Pune, São Paulo, Montréal and Cotonou). The institution has grown significantly under his leadership, striving to professionalize design studies and facilitate interactions between research, business and society at large. Christian Guellerin is Honorary president of Cumulus, the largest international association of universities and schools of design, art and media. The association includes 340 international institutions on 5 continents. Its headquarter is in Helsinki. He is president of France Design Education, an association of design schools whose purpose is to promote design and applied arts as training, creation, innovation and research activities. Since July 2018, Christian Guellerin is the Honorary President of the Chinese French designer’s association. He speaks at numerous conferences in France and abroad about design, strategy and innovation management. He is the author of numerous articles on design and pedagogy in France and abroad. In 2015 and 2016, he was one of the 50 personalities who make innovation in France according to the magazine “Usine Nouvelle”. In 2016, Christian Guellerin was named Knight of the National Order of Merit.

Founded in 1988, L’École de design Nantes Atlantique is a partner institute of the Chamber of Commerce and Industry of Nantes-Saint Nazaire, recognized by the State, member of the Conférence des grandes écoles (top-tier French higher education institutions) and associated with l’Université de Nantes.  The school trains professionals in creation and innovation in formal full-time education and continuing education. It prides itself on its unique positioning which sees design as a discipline at the crossroads between creation, strategy and management, and offers training programs with a strong professional emphasis (internships, work-study training, prospective studies, workshops, projects). The school awards the Master’s degree in design which is certified by the French Ministry of Higher Education, and the National Diploma of Arts and Design (DN MADE, equivalent to a Bachelor’s degree) through the formal education system and via a work-study program in the Apprentice Training Center (CFA) for Design and Innovation.